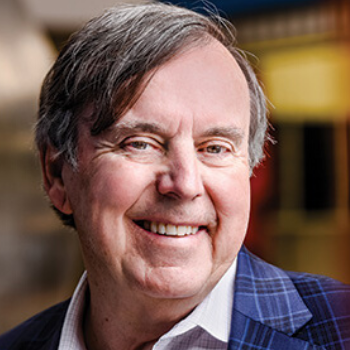 Ed Flaherty, Founder, grew up in a middle-class family. His father was a part owner of an auto body shop. His grade school and high school education was in Catholic Schools. Mostly taught by nuns and priests who expected discipline and effort in school, they preached values and good behavior with great emphasis on the Golden Rule.

For Mr. Flaherty, it was a Christian education that taught him about the value of treating your fellow men with respect and working up to your true potential. This gift of a Christian education was priceless. This led to the foundation for all his business ventures and the successes that followed. It shaped and formed who Mr. Flaherty is today. It taught him to share his gifts for the betterment of others – servant leadership!

From sixth grade on, Mr. Flaherty worked summer jobs. He first started by cutting lawns and doing odd jobs. He knew that money was tight and he had to “pull his load” at home.

In the eighth grade, his father told him that it was time to buy his own school clothes. Later in high school, he worked in both a junkyard and in his father’s auto shop. During college he worked construction as a laborer. Mr. Flaherty was fortunate to have athletic skills and received a football scholarship at the University of Wyoming. He was the first to go to college in his family. Throughout college, he always held part time jobs. He cleaned the athletic locker rooms, was a bartender, hotel desk clerk, and cowboy. Mr. Flaherty received very little financial help from his parents for his college education. He learned to be self-reliant.

Upon graduation from college, he entered into military service. Mr. Flaherty is a patriot and believes in the greatness of America. His family’s military service dates to the Civil War. He followed in those footsteps. He enlisted in the U.S. Army during the time of the Vietnam War. He was trained in infantry, artillery and combat engineering. Ultimately, he served 15 months in the Pentagon working as a staff member of Secretary Robert McNamara’s Office of Systems Analysis – aka “McNamara’s whiz kids”. During his military service in the Army, Mr. Flaherty was given the opportunity to use the GI Bill to enroll at George Washington University. He earned an MBA going to school during the evenings. Mr. Flaherty’s early business career was the result of a failed experience as a teacher. After one year as a high school teacher of mathematics, he realized he could be a better leader and hence employer rather than an employee.

He started his first business in the computer service industry providing data accounting services to small businesses. This was before the time of desktop and portable computers. He sold that company to start Rapid Oil Change. In 10 years he built that business into one of the three largest quick lube chains in the U.S. and sold it to Valvoline in 1986. Mr. Flaherty focused heavily on placing a premium on the training of his employees. He respected his employees and with that type of modeling, they in turn respected and serviced their customers at the highest level. He built a leadership team of excellent managers who were all very cost conscious. This was one of the reasons his business became so profitable. When they sold the company, the leadership team shared 10% of the proceeds with their employees.

After Rapid Oil Change, Mr. Flaherty and his business partners invested in six hotels, a milling company that made semolina and bread flour, a sign company, commercial real estate and many other businesses. The hotels, milling company and sign company all grew to highly successful companies that ultimately sold for large profits. With each transaction, the leadership team shared proceeds with their employees. All of the companies they owned included a strong system of core values that was employee and customer focused. They achieved profitability goals and through these business ventures, Mr. Flaherty and his executive team were able to create approximately 10,000 jobs throughout his career.