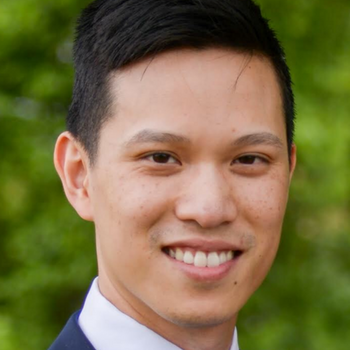 Duc M. Nguyen, MD: Duc M. Nguyen was born in Vietnam and came over to the United States in 1990. He is the youngest of seven children and is currently living with his wife and son in Burnsville, MN.

He continues to work and advocate for the underserved communities in healthcare and education. For leisure, he enjoys kayaking, traveling, playing chess and various board games. He is also an avid “Star Wars” fan.